In the space of termite control, it is well-known that termites are creatures of habit — they congregate in damp, warm, and fertile areas, such as Cave Creek, Arizona! They love to nestle up and snuggle into rotted trees and their stumps, underground, and in homes! Termite prevention is written about extensively, and you can find some of our best articles on the matter here, here, and here!

When you live in an area known for termite infestations, not only is it important to be educated and know what to look for, knowing about a termite colony, and the insect players within it, can help give you insight. In today’s post, we’ll lay out your official guide to termites, because yes, you need one, and who knows, you could even win trivia with the information one day!

At Arizona Termite Specialists, any signs of a termite colony can be alarming, and we’re here to assist in termite inspection and termite protection. The creepy, crawly insects are advantageous for our environment as they are wonderful decomposers of dead and rotting foliage; they just cause harm when they move towards our homes! Follow along and get the ultimate guide to termites!

There are so many facets to a termite colony, and they’re often considered to function as what is known as a “superorganism,” which means they are the best team players — both the worker and soldier termites work together to ensure the survival of the whole colony. Each termite player has a responsibility in protecting the colony, from repairs and housework of the dwelling to removing mildew and mold from wood. With every termite working together under the right climate, a termite colony can thrive within two to four years. 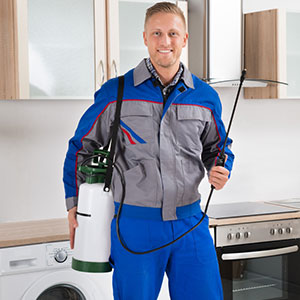 Each colony has a society where each termite has a role to play, including:

Reproductives – The reproductives are the colony’s royalty — the king and queen — and they rule over the colony as the original founders. Both reproductives keep the colony thriving and play a vital part in its success, or collapse. The king and queen of a colony are established by mating and leaving their former colony. The queen will then find the perfect environment and lay her eggs, and when the eggs hatch, the termites emerge as either worker or soldier termites. The reproduction and building of a colony takes time, so an abundant nest won’t mature for some time.

Once a nest begins to thrive and eggs hatch and survive, secondary reproductives, or neotenics, will surface. These termites are wingless and become involved in reproduction as egg producers.

Soldiers – To identify soldier termites, you’ll notice they have a distinctive head and are bigger than worker termites. The role of the soldier is to defend the colony and the termite nest. A termite’s primary enemy are ants, so they are well equipped to battle these bugs. A pheromone is released when a threat is posed, and the soldier termites are sent. Only two percent of the colony are soldier termites, which is their weakness, and a colony can easily be overwhelmed and outnumbered by predators.

Workers – Worker termites are wingless and have hardened body parts, which make the prone to drying and dehydration. Depending on the type of termite, some workers vary in size and age, and their tasks are delegated accordingly. Their role in the nest is to work and perform general repair and maintenance, in addition to caring for the queen and her eggs. About 10 percent of the worker termites are tasked with finding food away from the colony.

The Major Termite Player: The Queen

The queen rules the colony not only as a reproductive but also as the colony’s chief survival advisor! If a termite infestation happens within your home, the queen is the termite you’ll want to know about and be able to identify.

A queen begins to build her colony by laying roughly 30,000 eggs per day (10,950,000 a year) in a 10-year run — 10 years! Because of her ability to lay eggs day after day, it’s no wonder why a termite infestation can seem to pop up overnight! A queen’s size and shape are made for laying eggs as she becomes extremely large and immobile, which is why there are termites to solely care for her. When a queen becomes too old to lay eggs, she is sacrificed to her colony and the worker termites go from tenderly caring for her to eating her alive!

Why is the queen so important?

Other than creating members for her termite colony day after day and year after year, the queen creates all the life, and if the queen is killed or removed, the nest loses all reproduction, thus the loss of pheromones, which control the function of the entire colony.

If your home has a termite infestation, the best way to eliminate it is to locate the queen and get rid of her.

So, how do you find the queen?

Learning about termites is so enthralling and exciting that we’re going to leave you hanging here and continue this guide to termites in a second part! Stay tuned for part two!

Now that you know the queen controls the nest, you know the colony’s weakness! To fully eradicate your termite colony get help from the experts! Call us today to get an inspection or a quote for your termite treatment! ATS proudly provides termite control services throughout Phoenix, Scottsdale, Cave Creek, Gilbert, Mesa, and Peoria.